Fotosifter 2.7.5 just got better for your photo organizing! Learn more

Focus stacking: The trump card against the focus limit on your camera

Practical tips made for focal stacking

Almost all photographer, either professional or amateur, wish their images to be like “as sharp and crisp as knife edge within the innate depth of field” and “as soft and blurred as melting butter in out-of-focus area”. Entry-level cameras handle that with much difficulty, not to mention non-professional imaging devices, say, cellphone cameras.

1. A Limit of Nowadays Camera Technology

The contradictory, sharp as knife edge v.s. soft as melting butter, reflects the technology limit of today’s camera. Regardless of how small you set the aperture opening, it’s always the area that falls within the depth of field (i.e. focused area) that produces distinct outlines of objects.

When you are planning to shot a grand scenic or a landscape with small and scattered subjects like the picture titled “Amaranth flowers in Bloom” below, you can barely render all the objects, both near and far, in the same clearness with your camera, even though you try to narrow the aperture to the minimum.

That’s simply because your camera is relatively much more closer to the main subject－the Amaranth flower appeared at the lower center of the image－than the minor objects. Cameras cannot put all those objects in focus. 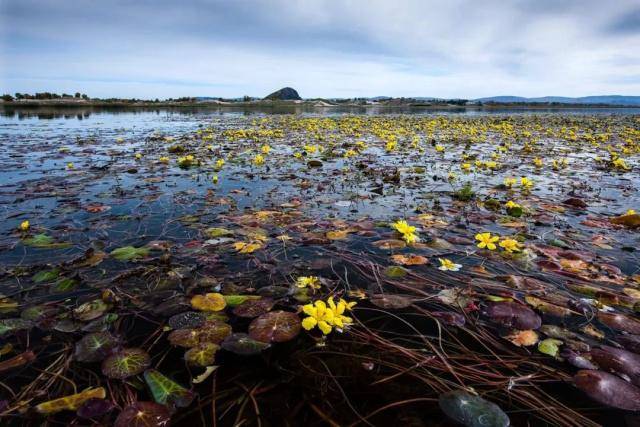 Look at the shot scene. Since the amaranth flowers are small, the camera lens need to be set close to the surface of the lake so as to make sure the flowers appear sharp. However, only the flowers that fall in the focused area appear so, those in the distance, including the hills, are unclear. 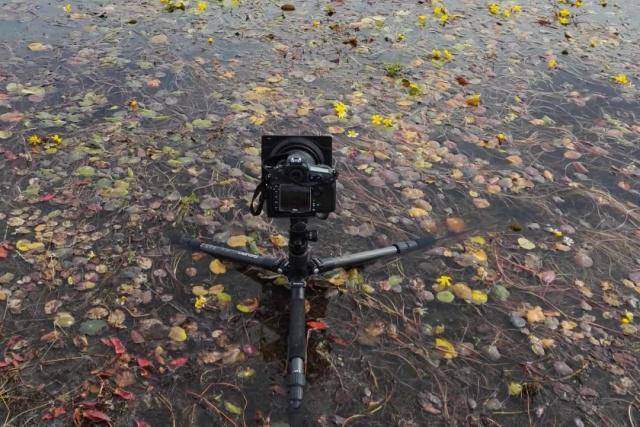 Here’s a comparison of close-up flowers (which had been focused) and distant flowers and hills.

When taking landscape pictures, photographers usually adopt a narrow aperture for a broader depth of field. Well, the other side of the coin might get easily ignored. A narrow aperture often results in diffraction of light, a phenomenon in which light diffuses when passing through obstacles such as narrow slits, apertures, and circular plates. The smaller the aperture opening is, the greater the degree of diffusion will be.

When a light beam passes through a narrow slit, it is supposed to follow rectilinear propagation and hit on a spot. Now, because of diffraction, the light beam won’t end with a spot, but a circular pattern with light and dark bands in it, known as Airy disk. 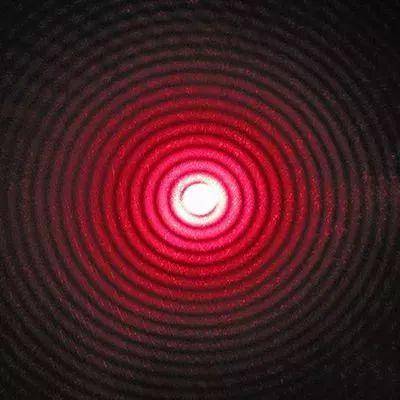 An Airy disk produced by a red laser beam passing through an aperture.

Due to Airy disk, two neighbouring optical spot would overlap, leading to a lower sharpness. Usually, when f-stop reaches f/8, the image will be the clearest. If the aperture then keeps narrowing down, the clearness goes weaker. Below is a contrast illustrating two knitting-wool images under f/8 and f/22 apertures, respectively. As you can see, the photo taken by f/22 is less clear than that taken by f/8.

To wrap up, a narrow aperture or larger f-stop may help with depth-of-field issue to some extent, but not always can it help. When the aperture appears too narrow, the quality of the photo becomes poor. Generally speaking, photographers keep s-stops under f/11. So when are larger f-stops adopted? An example scenario is shooting sunshine, lamps, or light bulbs in order to create asterism visual effects. 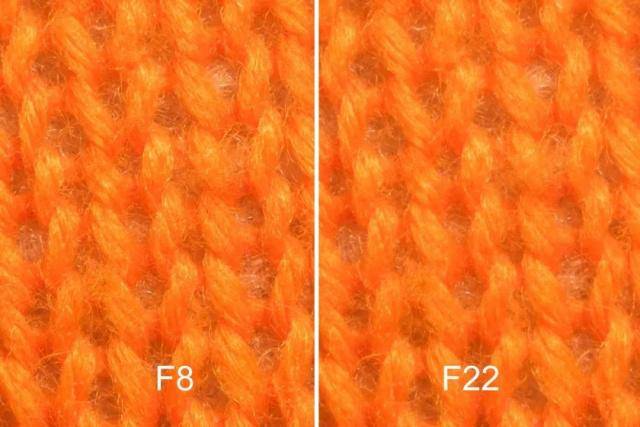 2. How to Shoot a Grand Landscape Picture?

Turn the focusing ring to reach the minimum focusing distance. Then, follow these steps:

The above actions are no problem for photo-shooting objects such as rocks and mountains. However, for objects which can easily shake or move, such as flowers, you might need to photo shoot them all with different focal length when the wind stops and the objects become still.

If you have no patience to wait for the wind to stop, here’s the alternative (what I call it “blind shot”): After turning the focusing ring to reach the minimum focusing distance and taking a shot, turn the ring to the reverse direction a little bit, then take a shot. Repeat 8 to 9 times to finish all the focal length shots.

Not all shots taken can be put to good use. The best way to pick qualified pictures is to enlarge them to 100%. There is a easy-to-use photo organizing, picking, and editing software which serves as a perfect tool for performing this operation: Cgaga Fotosifter.

The shots that you selected out are supposed to meet the quality requirement of focal stacking, which means the selected shots can be stacked together and appear as one photo. For example, if your landscape photo is about flowers, then you might pay special attention to the position of the objects in the shots. If there’s position deviation in a shot, then that one should be excluded.

Manual selection can be time consuming. Why don’t let the smart machine do the task? Cgaga Fotosifter is able to pick the desirable photos for you quickly based on advanced and well-designed aesthetic algorithm. It also has the power to present you a series of similar photos or burst shootings quickly for your reference. 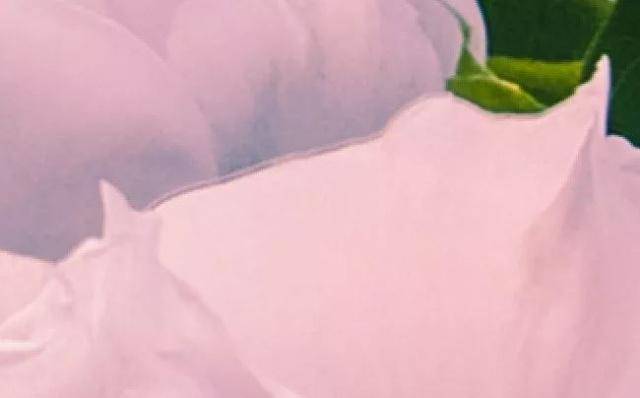 The white line in the above pic is caused by slight position deviation.

Before focal stacking, avoid operations such as lens calibration, for otherwise the merging might not be smooth.

What you need to do is the adjust the exposure, making the exposures between the shots as consistent as possible.

And, if you do find it necessary to adjust some other parameters, copy the modified parameters of the first (closest) picture and paste them into the rest photo shots. 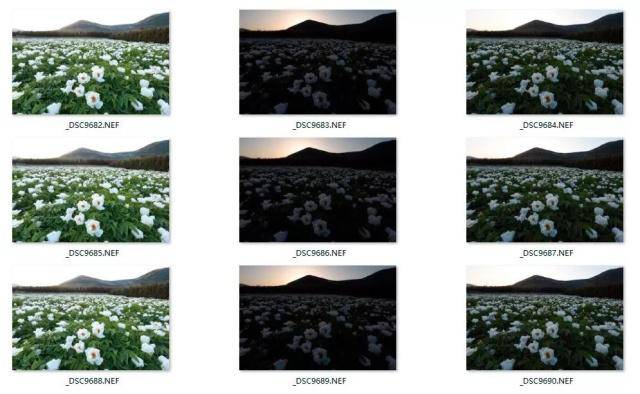 For instance, after I adjusted the highlighst and shadows parameters, I copied them and paste the values in the other two photos, and then clicked done to save. 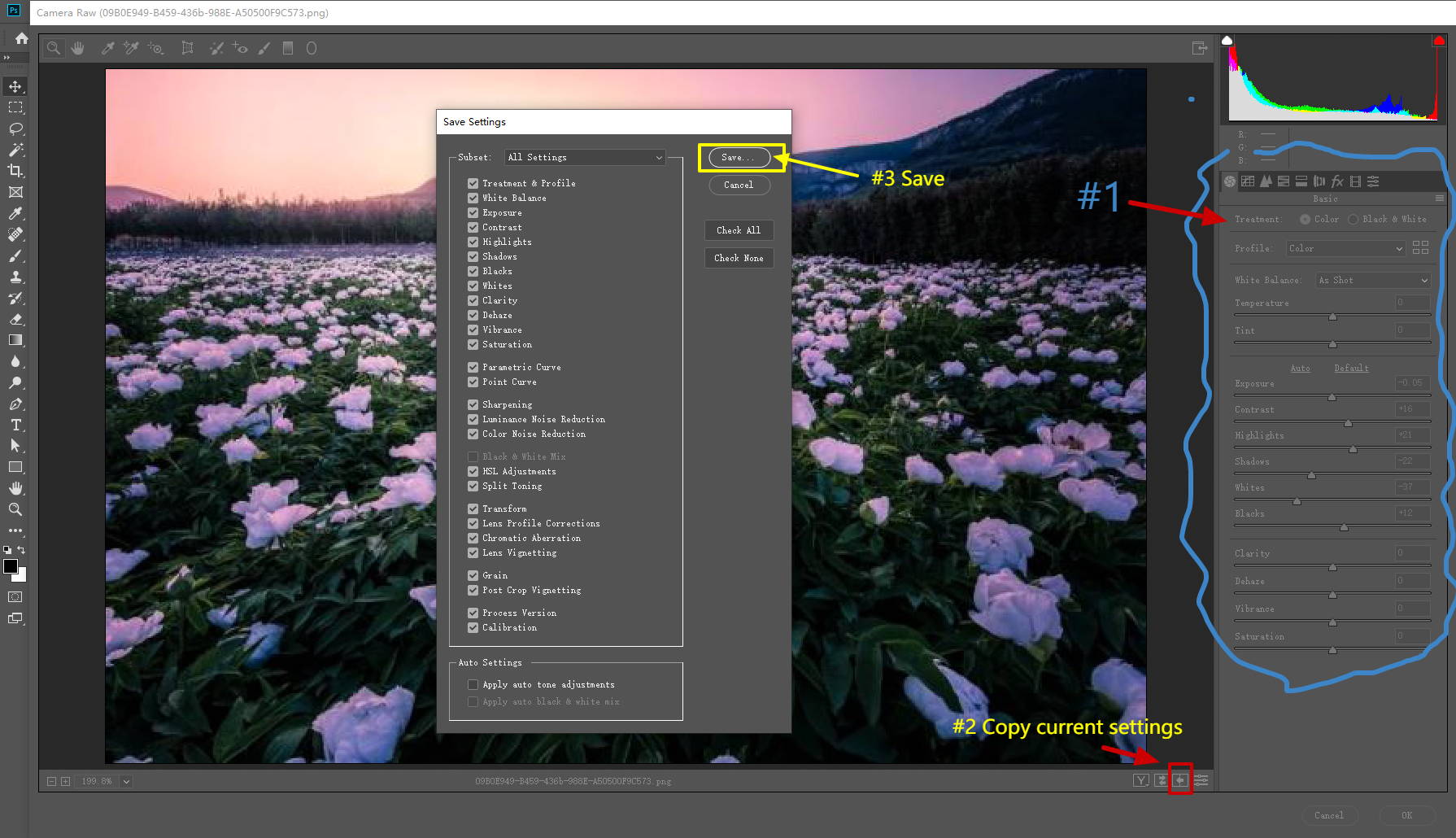 Here are the key moves: 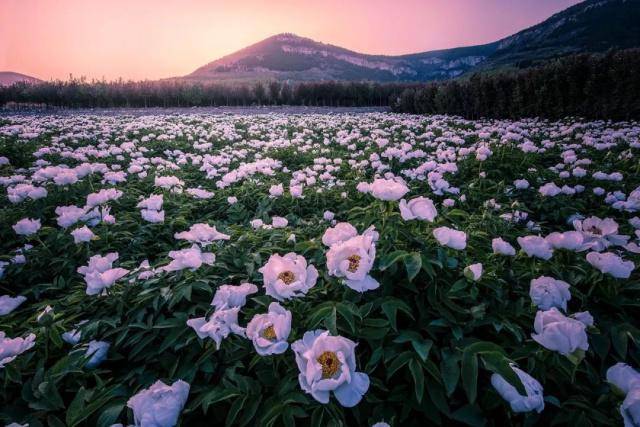 Fragrance Over the Mountain. Focus-stacking number: 3 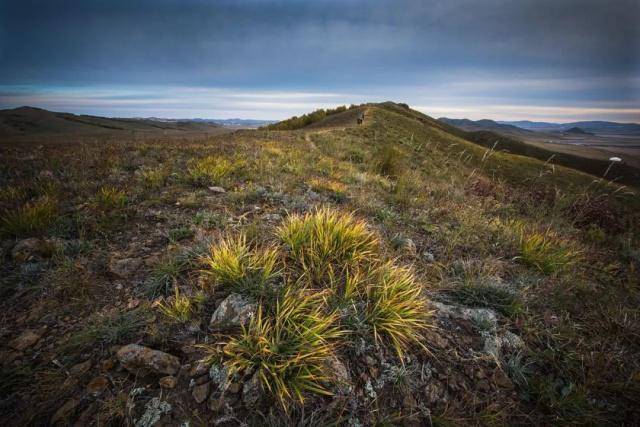 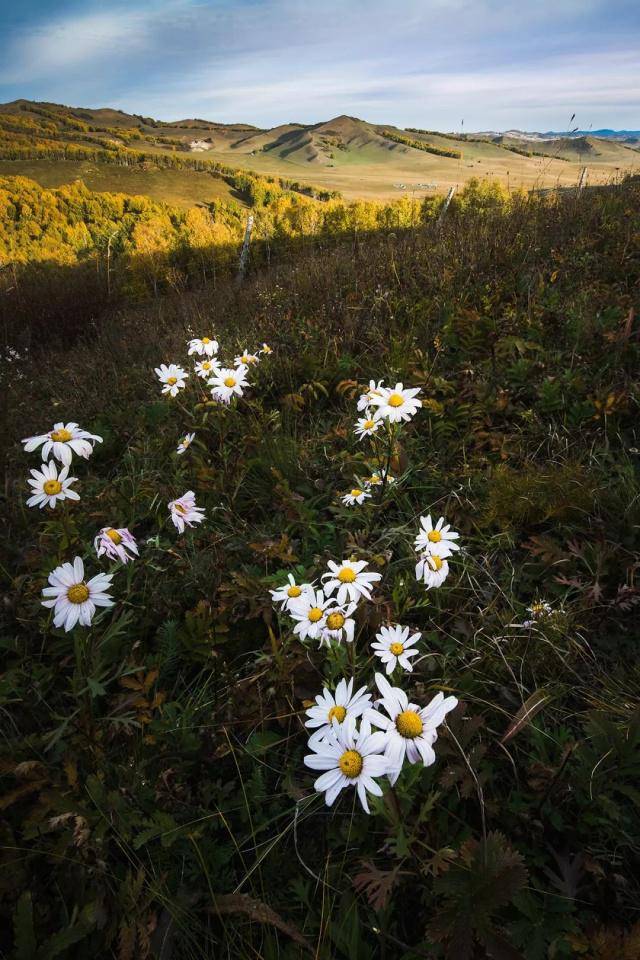 Daisies on the Sierra. Focus-stacking number: 4

Due to technology limits on cameras, it's almost impossible to take a grand landscape picture at a time. As a tactic, photographers take a dozen of photos, and then choose several qualified images for focal stacking. By merging these pictures with Photoshop, a focal-stacked landscape picture can be created. Often, choosing the qualified photos in preparation for photo stacking can be time-consuming. Letting a photo selecting software do the task is no doubt a wise choice. Cgaga Fotosifter serves as a perfect photo selecting tool.

How to select photos for digital yearbook

How to check where a photo was taken

How to find duplicate photos and remove them

Things you need to know about customized photo sorting

How to Make Digital School Yearbook Slideshow Video to Remember

How to check where a photo was taken

How to find duplicate photos and remove them?

Be the first to get our news, product updates, and best offers.